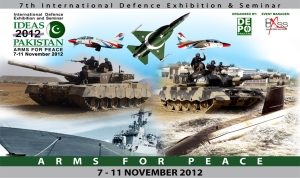 As the world expresses solidarity with Malala Yousafzai’s stand on female education, Pakistan finds itself in the bottom 10 of new country rankings for the education of poor females, according to a United Nations Educational, Scientific and Cultural Organisation (Unesco) report.

Unesco’s Education for All Global Monitoring Report (EFAGMR) revealed Pakistan is in the bottom 10 countries, according to the proportion of poor girls who have never been in school. According to the report, only six African countries fare worse than Pakistan in this respect. It revealed 62% girls in Pakistan, aged between seven and 15, have never spent time in a classroom. This is compared to 30% in India and 9% in Bangladesh.

The report showed Pakistan was also in the bottom 10 countries ranked according to the time young women spend in school in their lifetime. It stated girls, between the ages of 17 and 22, on an average spend one year in school in Pakistan. Girls in India and Bangladesh, in comparison, spend 2.9 and 4.4 years in school on an average.

“Almost two-thirds of Pakistan’s poor girls have never been to school,” said EFAGMR director Pauline Rose in a press release.

“Without a real step change by the government … they will be denied equal opportunities in work and life forever,” she added.

“As we stand together on ‘Malala Day’, it is vital to stand up for what she believes in, and highlight difficulties many poor girls and young women face in getting to school.”